Film Discussions are Webinar Question & Answer sessions [Q & As] for people who have just seen a film on the Black Panther Party.
This is a chance for film viewers to hear insights from someone with first-hand experience of this charismatic organization. Time: 45 to 90 minutes

Note: $25 of each paid booking will be donated to the National Alumni Association
of the Black Panther Party in support of Panther political prisoners.

$55 for one classroom and $150 for an assembly. For multiple same day sessions, please contact us 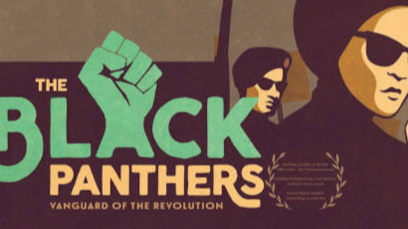 Black Panthers: Vanguard of the Revolution. (2015).

This is MacArthur Award [Genius Grant] winning director Stanley Nelson’s documentary on the Black Panther Party. Dr. Pinderhughes has previously described this film as “to the Black Panther Party as the Alex Haley and Spike Lee projects on Malcolm X were to the real Malcolm X – a very important beginning to explore the subject, but not nearly sufficient to fully understand the phenomenon.” Available from PBS 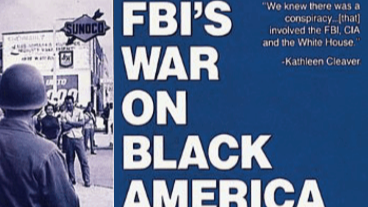 This documentary explores the lives and deaths of people targeted by the US government’s COINTELPRO program, an FBI-launched plan aimed at organized efforts by radical Americans to gain rights guaranteed by our constitution. The Black Panther Party was the single largest target of COINTELPRO’s illegal activities that included the assassination of charismatic Panther leader Fred Hampton in the FBI’s pursuit of its goal to “prevent the rise of a Black messiah.”
Available from Top Documentary Films 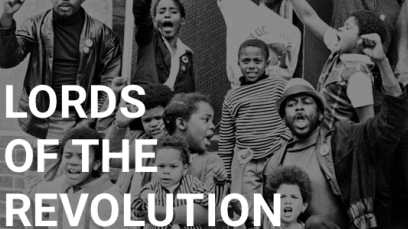 Lords of the Revolution: The Black Panthers Documentary:(2009)

This VH1 Rock Docs production examines the Black Panther Party as Episode 3 of the Documentary series Lords of the Revolution that explores some countercultural icons of the 1960s and 1970s. The other icons profiled are notable individuals.
Available from Youtube

Time: 88 min. Fred Hampton was the leader of the Illinois
Chapter of the Black Panther Party. This film depicts his brutal murder by the Chicago police
and its subsequent investigation, but also documents his activities in organizing the Chapter, his public speeches, and the programs he founded for children during the last eighteen months of his life. The film crew was in Chicago actively recording his life when he was assassinated.
Available from Films for Action

This film is director Mario Van Peebles’ imaginary take on
the Black Panther Party, based on his father Melvin Van Peeples’ novel. While this movie fictionally characterizes a number of the events in the life of the Black Panther Party, Dr.  Pinderhughes has pointed out “it captures the way we were – the culture of the Black Panther Party.” This comment, to which we both agreed, was in conversation with former National Communications Secretary of the Panthers, Kathleen Cleaver after we viewed a screening of the film in Cambridge MA in 1995.
Available from Youtube

All Power To The People: The Black Panther Party and Beyond (1996)

Directed by Spike Lee. This film of Roger Guenveur Smith’s one man play is primarily composed of the words of Newton which is both a significant strength and a major weakness of the work. While this presentation captures much of who Huey Newton was, Dr. Pinderhughes argues that it does not portray a comprehensive portrait of the Black Panther Party. (86 min)

This documentary compares the framing of Panther Deputy Minister of Defense Geronimo Pratt with that of Omaha Panther leaders Mondo we Langa [David Rice] and Edward Poindexter, all wrongfully convicted of murder in cases in Los Angeles CA and Omaha NE. Pratt was eventually freed in 1997 after 27 years of confinement and settled a 4.5 million dollar civil suit for malicious prosecution and false imprisonment. We Langa died in prison in 2016 while Poindexter remains in prison for a crime that they did not commit. (54 min)

If you have a different film that you wish Dr. Pinderhughes to discuss with your group, please write us.

Donation Policy
$25. of each paid booking will be donated to the National Alumni Association of the Black Panther Party in support of Panther political prisoners.

Cancelation Policy
You may cancel your booking for a full refund up to 48 hours before the booked date.

© 2020 All Rights Reserved
Designed by UPGAIN